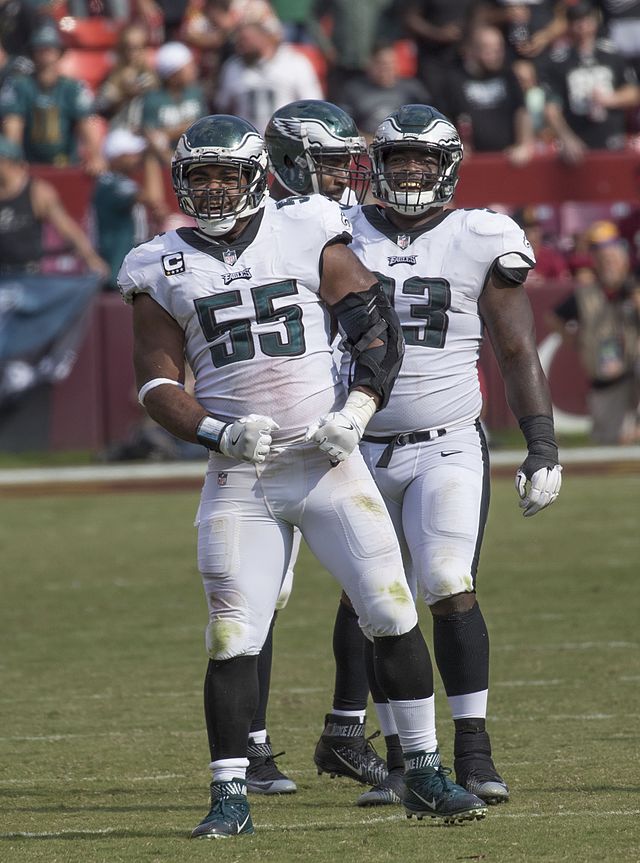 Expect the Eagles pass rush to dominate in 2022

The Philadelphia Eagles boast a scrappy & talented front seven with the savvy Brandon Graham, behemoth Fletcher Cox, utterly explosive Haason Reddick, Josh Sweat, and big-foot-like Jordan Davis. The 2021 Eagles pass rush made Reggie White turn in his grave (as they ranked 31st in sacks). However, Philly clearly put an emphasis on building a front seven this off-season that could routinely tee off on opposing signal-callers. With Reddick (former Temple defender), the rookie Davis, and a healthy Graham, the Eagles pass rush should take a big jump from last season.

In particular, I really love the Eagles signing of Reddick. He registered 12.5 sacks in 2020 and then recorded 11 sacks and 18 QB hits last season. He was dubbed as PFF’s seventh-best edge rusher on the FA market this off-season, so he was clearly a splash pick-up by Philly. The former Temple walk-on (who shares the same birthday as me) is also 27 and capable of being a difference-maker in the short term and in the distant future (around the time that Brandon Graham retires).

I’m still on the fence whether Davis can be a DROY candidate – despite his big blind-side moment in training camp. Nonetheless, he should make his presence felt and allow his teammates to shine – as he eats up double & triple teams (as seen below). As Davis develops, he and Cox could absolutely be the best DT tandem in the NFL.

Of course, the beloved Graham cracker should dazzle in his old age like fine wine. Prior to his two-game season in 2021, he made the Pro Bowl (which was his first PB) in 2020. I foresee the Eagles pass rush transitioning from a bottom-of-the-barrel unit in 2021 to a Top-15 unit in the upcoming season.