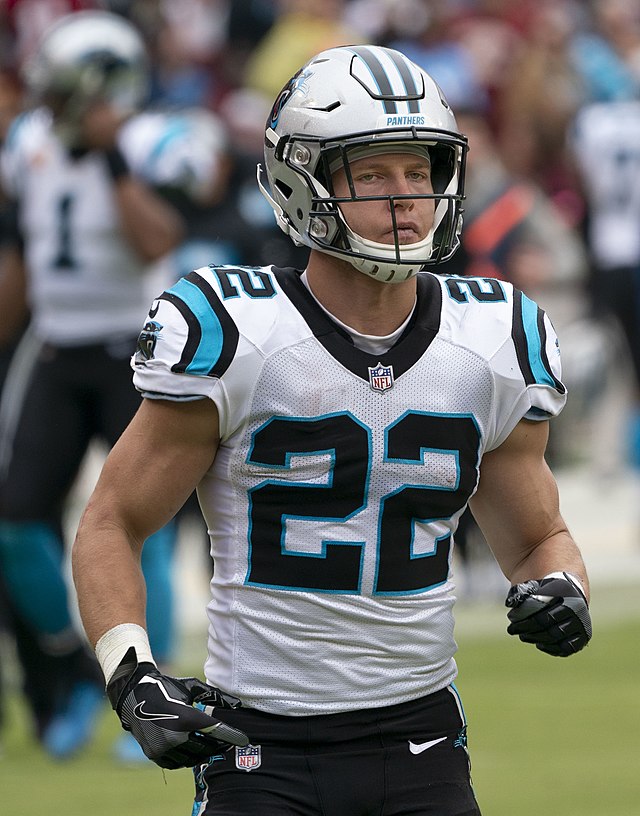 Who is the best replacement for Christian McCaffrey?

The Carolina Panthers officially (and tragically for countless Panthers fans) moved on from Christian McCaffrey. It’s poetic for 49ers nation that CMAC returned to the bay (as he dominated foes at Stanford). It should still be discussed for Carolina Panthers which RB may be a good replacement option for his services. Hence, I’m going to untwine a few potential replacement options for Christian McCaffrey.

The once all-purpose juggernaut RB for the Arizona Cardinals, David Johnson, has yet to join a football club in 2022. Johnson recorded 453 all-purpose yards (228 rushing yds and 225 receiving yds) a season ago. He was a modest ball-carrier in 2020 (691 rushing yards, 6 rushing touchdowns, 4.7 YPC, and 314 receiving yds).

The 6’4 RB, Latavius Murray isn’t a stranger to the NFC South — as he previously went to battle for the New Orleans Saints. Murray has bounced around a couple of teams this season, so he has had his feet wet. He certainly isn’t a long-term fit in the Carolinas, but it may be wise for CAR to insert him in their offense in the short-term picture.

All-Day has refused to die in the back stages of his career. It wasn’t that long ago that AP registered 604 rushing yards and 7 rushing touchdowns (2020). Plus, the future Hall of Famer would be an excellent veteran presence for any interested squad.

It may feel like a millennia ago that Alfred Morris was stomping over opponents in Washington, but he can still be a serviceable RB for any team with interest. Morris can also excel in the pass game — which can help heal the wound left by McCaffrey.