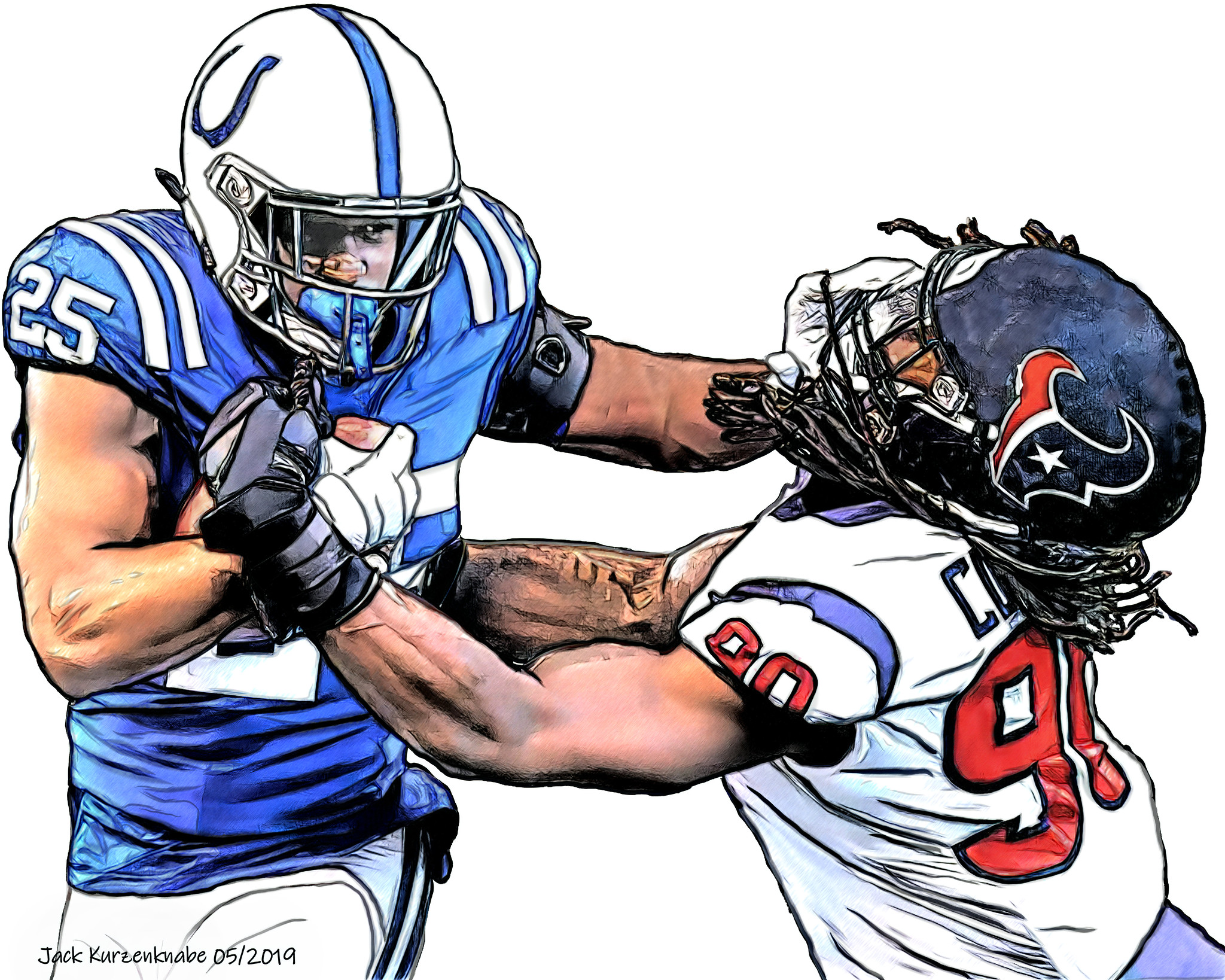 Here are the top destinations for Marlon Mack

The Indianapolis Colts went into the 2020 NFL season with a plan to run rampant over their opponents.

Fresh off of drafting star college runner Jonathan Taylor, the team expected the young talent to pair with incumbent 1,000-yard rusher Marlon Mack and receiving threat Nyheim Hines to form one of the most potent backfields in all of football.

A year later, they found themselves right where they had planned on being, finishing eleventh in the league in team rushing and sixth in rushing scores.

However, they accomplished this all without Mack, as the projected early leader of the backfield was lost in week one, allowing Taylor to step into the lead role and secure his spot atop the depth chart for years to come.

Since Mack is no longer needed in Indy, the two sides will likely part ways when free agency opens up on March 17th.

With that being said, let’s discuss a few of the top landing spots for the former rising star coming off injury.

The Miami Dolphins are in dire need of help in the backfield.

2020 rookie quarterback Tua Tagovailoa struggled to get things going in his first season, and much of that can be chalked up to poor surrounding talent. While Myles Gaskin had a solid season, the team could benefit from adding an additional threat in their running back stable.

Marlon Mack could instantly come in and fill a sizeable role in the offense, pairing with the aforementioned Gaskin to form a solid 1-2 punch in the backfield. The two backs’ games also mesh well with one another, as Gaskin is a dangerous receiver and Mack is a threat on the ground.

While the team needs to add receiving weapons through the draft, bringing in Mack could help take a major load off of Tagovailoa’s shoulders and provide the team with a more electric run game.

The Jets need young help on the ground.

Considering that the team’s leading rusher in 2020 was a 37-year old Frank Gore (who, funnily enough, is also a former Colts back) who mustered just 653 yards and a pair of touchdowns on the season, they need an injection of talent badly.

While there are many pressing needs on the offense, with 2020 receiver draftee Denzel Mims being the only long-term weapon for the team, Mack would go a long way towards shoring up a flawed offense while being acquirable for an inexpensive cost.

While we are still unsure if Sam Darnold will remain the team’s quarterback for the 2021 season, Mack would help alleviate much of the pressure off of whoever lines up under center for the team next season.

The Steelers are in need of a restart.

After a fantastic start to the 2020 season, in which the team opened their year on an eleven-game winning streak, the Steelers crumbled horribly, crawling across the finish line with a 1-4 record over their final five games and being bounced by their divisional foe, the Cleveland Browns, in the Wild Card round.

During that final run, the team’s issues started to show up in droves, and among those problems was the need for a running-game upheaval.

In his final six healthy games of the season, starter James Conner surpassed 40 rushing yards just once, and primary backup Benny Snell never seemed to get it going, struggling to find room and mustering a lowly 3.3 yards per tote on the season. With rookie third-stringer Anthony McFarland also struggling in limited action, the team needs to look elsewhere this off-season.

Enter Marlon Mack, who is a near-perfect fit in Pittsburgh. With the team in a dire situation when it comes to cap-room, the Steelers front office will need to go bargain-bin hunting in free agency, and Mack brings a low price tag with high upside to a team in need of help out of the backfield.

Marlon Mack may never return to his full pre-injury form, but that is why he will be so affordable this off-season. What he does bring, however, is a will to improve and the potential that made him look like a future star in Indianapolis.

With a few teams needing help in their backfields for the 2021 season, Mack could become a hot commodity as a high-upside back with a low asking price.