4 reasons Why Myles Garrett Will Win DPOY in 2021 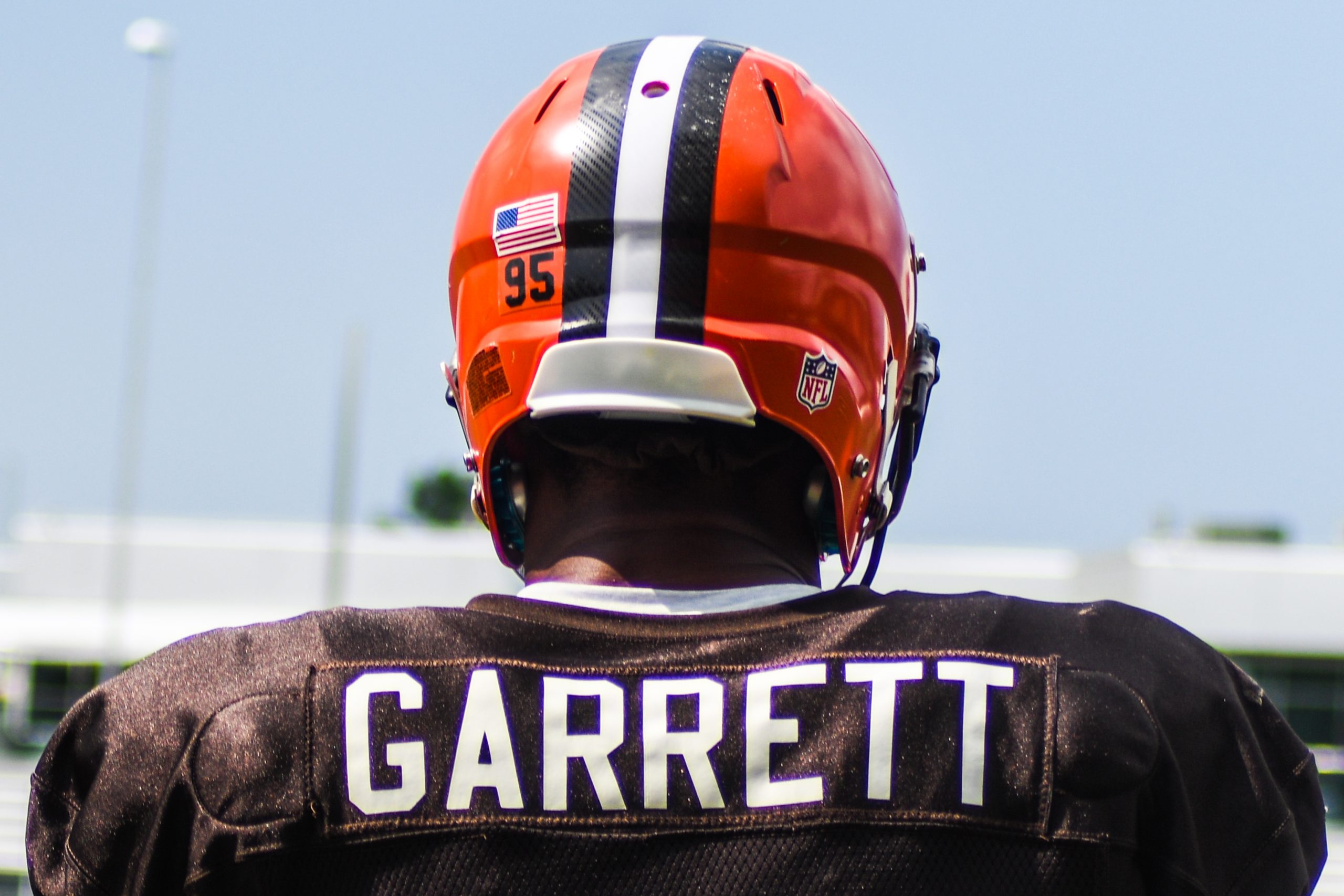 The Cleveland Browns are heading into the 2021 season with one of the best rosters in the NFL. Pretty crazy thing to say, right? GM Andrew Berry had a lot of holes to fill on the defensive side of the ball this off-season and he did an incredible job filling them. A lot of the moves he made will only set up star Myles Garrett for even more success.

Myles has been one of the best defensive players in the league since being drafted first overall in 2017, racking up 42.5 sacks and 42 tackles for a loss. At this point, it isn’t IF Myles will take home the Defensive Player of the Year award, it’s WHEN. Let’s take a look at why the 2021 season might be the one where he takes home the hardware.

The additions to the secondary

It is no secret that Cleveland’s secondary in 2020 was lackluster. Andrew Berry made that his top priority to improve in the 2021 off-season, and he was aggressive right out of the gate. He signed Safety John Johnson and Cornerback Troy Hill, immediately making the defense better. In addition to that, Safety Grant Delpit and Cornerback Greedy Williams are returning from injury. Oh, and don’t forget about Pro-Bowler Denzel Ward. Add all of that up and it means one thing; better coverage equals quarterbacks holding onto the ball longer. Myles Garrett could very well add more sacks because of that.

The signing of Jadeveon Clowney

For the past few years, Myles had Olivier Veron opposite of him on the defensive line. Vernon played well in his time with the Browns, but Garrett still has always needed someone else on the line that commands the defensive coordinator’s attention. The Browns signed Jadeveon Clowney this off-season, finally giving Myles someone that can take pressure off him and allow the double teams to subside. Clowney is 5th in the NFL in double team rate Myles is 3rd, so basically…. pick your poison. Having Clowney will only allow for Garrett to get to the quarterback even more.

The offense’s ability to put up points

The Browns had several games in 2020 where they scored more than 30 points, and with every offensive starter returning this fall, it is safe to assume that they will have no problem putting up points. This means that teams will be playing from behind, thus giving Myles Garrett even more chances to get sacks since the bulk of plays will be passing.

This one will be short and sweet. Myles is a specimen that, at times, looks as if he isn’t from this world. The scary part is that he is in his prime and will only get stronger and bigger. It is next to impossible for him to be blocked one on one and breaking twenty sacks is very likely to happen at some point in his career.