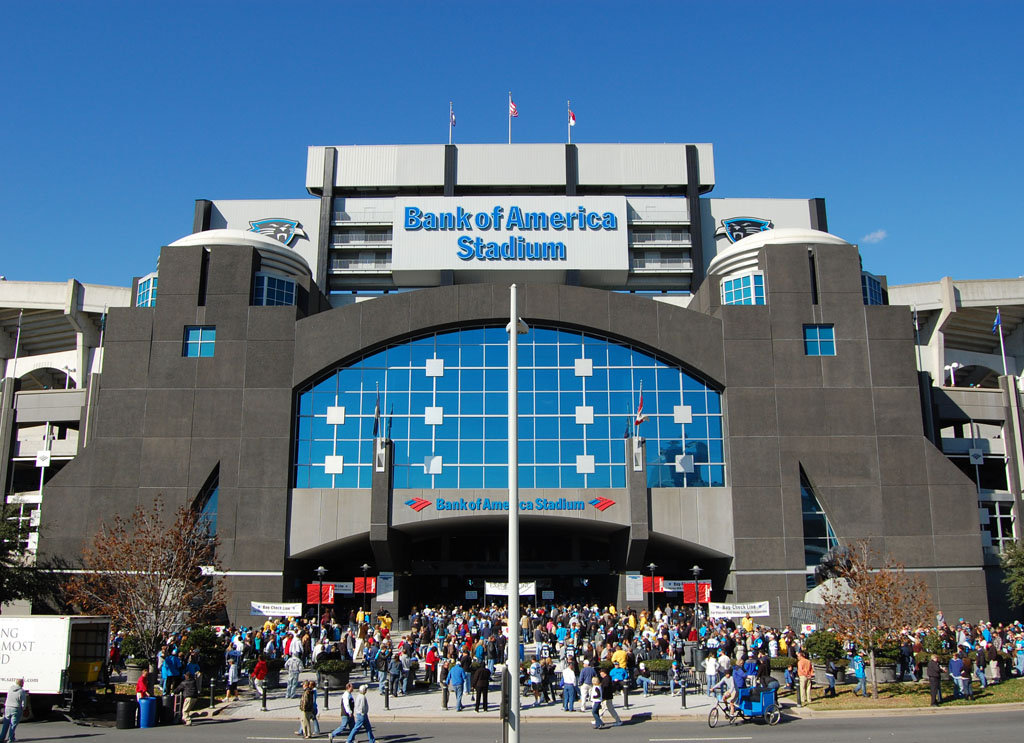 New AFC and NFC teams that could make playoffs this year

Every season in the NFL there is a new field of playoff teams. It is extremely rare for the same exact group of teams to make it two years in a row, especially when it comes to the wild card spots. There are always teams every season that plays far below their expectations while other teams end up being much better than projected. Let’s speculate who some of the dark horse candidates could be this year for the wildcard spots in the playoffs. We will define a dark horse as a team that finished below 500 last season and did not make the playoffs. Here are five teams that fit the criteria.

It seems a little strange calling the Patriots a dark horse considering how long they dominated the AFC and even the NFL in general but that’s exactly what they are heading into this season. Last season was the first time since 2008 that they missed out on the playoffs. Ironically, they actually won 11 games that year and were only the second team in the modern era to win that many games and not make a postseason appearance. Before 2008, the last time they missed the playoffs was in 2002, which was the first full season for Tom Brady.

Their 7-9 record in 2020 broke their incredible streak of 19 consecutive winning seasons. The last time they had a losing season was when they went 5-11 in the year 2000, which was before the Brady era. All things considered, it’s amazing how quickly they went from annual favorites to win the AFC conference to a team that’s being considered a dark horse team. Losing the greatest quarterback of all time can have that effect.

Quarterback Cam Newton will enter his second season as the starter for the Patriots. It was a roller coaster of a 2020 season for Cam, who dealt with all sorts of adversity including injuries, Covid, and a lack of offensive talent. Despite finishing the season with a losing record, they were really just a couple of plays away from a winning season and being right in the race for a wild card last year. The two plays that really jump out are the fumble against the Bills on a game-winning drive and being stuffed at the goal line on the last play of the game against the Seahawks. That was likely the slim difference between 9-7 and 7-9.

That is still no excuse because the NFL is a game that is often determined by a play or two here and there. The Patriots did not make those plays which are why they finished as a losing team. This year could be a different story as they look to make another postseason run. They will return a bunch of key players on defense who sat out last year because of Covid and also added some offensive weapons in the offseason including Hunter Henry, Jonnu Smith, Kendrick Bourne, and Nelson Agholor.

Defense is a staple in New England and it will be better this year with who they have returning. As for the offense, there is much to be optimistic about with Cam leading the way. He has a ton more talent surrounding him this year, he will finally be fully healthy, and he has had a full year to really learn the system and work with the coaching staff. Even if Cam struggles, they have a rookie in Mac Jones waiting for his opportunity to show what he can do. All things considered, don’t sleep on the Patriots this year.

The 49ers are another team that is not a traditional dark horse. They finished last season with a very disappointing 6-10 record but the year before that they represented the NFC conference in the Super Bowl. Interestingly, the majority of that roster is still with the team today including most of their key contributors on both offense and defense. The biggest difference between the 2019 and 2020 seasons was the health of quarterback Jimmy Garoppolo. In 2019 he played a full season of 16 games for the only time in his career while in 2020 he was only able to appear in 6 games. Unfortunately, because of his extensive injury history, 6 games is actually the second-most in a season for his career.

In his full 2019 season, Garoppolo was a good quarterback but was not exactly spectacular. He was more of a “game manager” type but not necessarily a huge difference-maker. It is widely believed that the team won the NFC mostly based on elite defense and their dynamic rushing attack designed by Kyle Shanahan. The massive drop-off in results between 2019 and 2020 is not simply just because Garoppolo was hurt. They had many other injuries as well, especially on the defensive side. It’s also important to note that the backup quarterbacks were an absolute disaster.

Nevertheless, Garoppolo will enter the 2021 season as the starting quarterback again. He will of course hope to stay healthy, something he has rarely been able to do, unfortunately, but will also be looking to get the 49ers back to their dominant 2019 version. If he is unable to do so, they will turn to Trey Lance, who is a very talented rookie that they traded up to draft. It is very possible that he will eventually be a star but just needs some time to develop. If he is ahead of schedule, he may even be an instant upgrade from Garoppolo.

The quarterback situation in San Francisco is fascinating considering all of the different factors. It could really make or break the 49ers this year. As stated before, they still have many of the key players on their roster from that 2019 team including George Kittle, Raheem Mostert, Fred Warner, and Nick Bosa. The 49ers are a talented enough team from top to bottom, coaches included, to not only qualify as a wildcard dark horse but a sleeper Super Bowl contender as well.

A team that qualifies as a true dark horse candidate is the Panthers. This is a rebuilding team with the potential to be very competitive this season. They have a ton of young talent that pairs perfectly with their young up-and-coming coaching staff including Matt Rhule and Joe Brady. They finished last season at just 5-11 but the 2021 version has a real chance to far exceed that because of how different the roster will look from players returning from injury to changes in player personnel.

Maybe most important is the return of Christian McCaffrey from injury after playing just 3 games in 2020. He is the most dynamic player in the NFL when healthy and his 2392 total yards in 2019 prove it. Another key factor to their success is the fact they have switched quarterbacks this year from Teddy Bridgewater to Sam Darnold, who they acquired from the Jets. Darnold is a real wild card and it will be very interesting to see what he does in this new and much better situation that he is in. He was a very high-rated prospect but never quite worked out with the Jets, but will now have a much better roster and coaching staff with his new team.

Rhule and Brady are a major upgrade from the revolving disaster he was dealing with on the Jets. The weapons available to him on offense will be much better also, starting with McCaffrey and DJ Moore but also including Robby Anderson, with who he previously played and had some success. The Panthers also drafted three very talented rookie weapons in Chuba Hubbard, Terrance Marshall, and Tommy Tremble. Darnold has a real chance to thrive in this ideal situation.

The defense is still going to be a weakness of this team but they are trying to improve on that side of the ball as well. Adding cornerbacks AJ Bouye and Jaycee Horn is a great start to getting better but the unit is still a work in progress. Taking everything into consideration, the Panthers are a true dark horse wildcard contender with a very wide spectrum of possible outcomes this season. They could make the playoffs or could finish towards the bottom of the conference but one thing is for certain, the Panthers are trending in the right direction and are a team to watch.

On paper, the Broncos are a team loaded with talent. Unfortunately for them, it did not show up in the wins and losses last season as they finished a disappointing 5-11. Part of that is due to missing some key players like Von Miller but much of it can be credited to the big question mark at quarterback. Drew Lock has yet to prove that he can be a solid starter in the NFL. He has had some flashes of really good but also some long stretches of underachieving. This is why they decided to also bring in Teddy Bridgewater, but ironically his inconsistencies are not too different than those of Lock.

If one of these two Broncos quarterbacks can find a way to blossom into a better version of themselves then the Broncos can be a legitimate playoff threat. They are loaded at the offensive skill positions including Melvin Gordon, Javonte Williams, Jerry Jeudy, Courtland Sutton, and Noah Fant. They still have a very solid defense lead by superstar Von Miller and a stingy secondary anchored by Justin Simmons. This roster is built to win now if an answer can emerge at quarterback. They have the potential to be a team with double-digit wins and that makes them a dark horse for a wildcard this year.

Not enough can be said about how good Justin Herbert was last year in his rookie season. Passing for 4336 yards and 31 touchdowns highlighted one best of the best rookie seasons ever. Herbert is what makes the Chargers a dark horse for a wild card this year. If he can repeat what he did last year, or possibly be even better than the Chargers need to be taken seriously as a contender this year. They did win just seven games last season but, more importantly, they actually finished the season on a four-game winning streak which included beating all three of the other teams in their division. This gives a great reason to be optimistic about the upcoming campaign.

Besides Herbert bursting onto the scene, the Chargers have a lot of good complimentary pieces as well. They have solid weapons on offense including Keenan Allen and Austin Ekeler while also using this offseason to improve their offensive line and focus on protecting their young superstar quarterback. Their defense, lead by Joey Bosa, is well above average and they will be getting a huge boost this season with the return of Derwin James. He is one of the most dynamic defensive players in the entire NFL and is an absolute game-changer when he is healthy.

In conclusion, if the rookie year of Herbert was not a fluke and he actually is the real deal then the Chargers definitely have a shot to make the playoffs this year. Those chances improve even more if Derwin looks like himself upon returning. Though not impossible, it is still unlikely that they will beat out the Chiefs in the divisional race this year but don’t count them out of the wild card race.