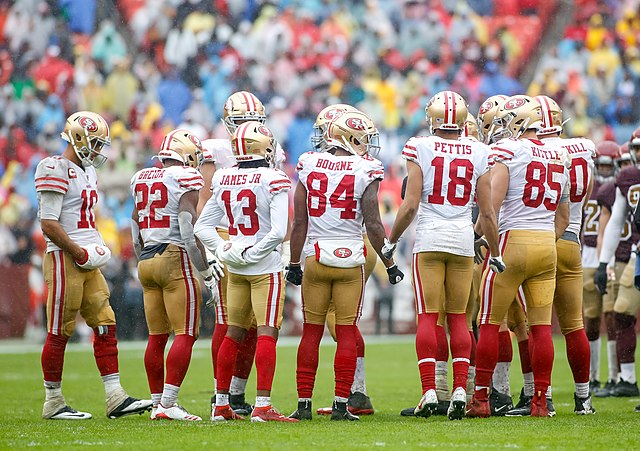 Who is the top target for the 49ers right now?

The San Francisco 49ers are handing the keys of the offense to Trey Lance, but they are far from a rebuilding stage. The 49ers have added Charvarius Ward and George Odum, but they haven’t hit the jackpot in free agency yet. I still expect them to have a strong chance of inking a top-tier player.

With that enunciated, here are a few profiles that the 49ers could sign:

The former Saints S/CB P.J. Williams would be an exciting addition for the 49ers. The 49ers GM John Lynch needs to be drooling over the versatility and aggressive nature that Williams displays. Williams is also coming off a career season (3 ints, 2 sacks, 4 QB hits). The two highlights of his 2021 season were having a pick-6 against Tom Brady in Week 8 and laying a clean, vicious hit on Chris Godwin that ended his season in Week 18.

The 49ers are the perfect darkhorse to land Julio Jones in my opinion. Kyle Shanahan and Julio could reunite in the Bay Area. Shanny could have Deebo Samuel, George Kittle, and Brandon Aiyuk. The Rams added the superb Allen Robinson and it would only be fair if SF added Jones to their arsenal. If Jones wants to join a genius offensive mind and push for his first Lombardi trophy, he should head to San Francisco.

The Rams didn’t really need edge rusher Von Miller in 2021, but they believed his talent was important enough to help them take the next step. Lynch could make a creative and bold decision to snag Clowney (9 sacks in 2021) at this late stage in free agency and pair him with Nick Bosa. After all, Dee Ford’s tenure in SF appears to be nearly finished.