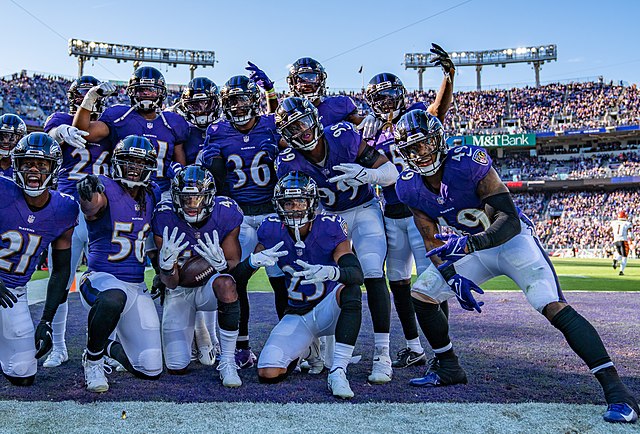 What is the best landing spot for Calais Campbell?

There are still several talented NFL free agents on the market. The 6’8 defensive end/defensive tackle Calais Campbell is one of the enormous talented players available for a team to ink. John Harbaugh wants Campbell to return to Baltimore, but he could opt to sign with a different team. With that said, here are the best landing spots for the former Ravens fierce defender.

I believe that Campbell has a lot of love for Baltimore, as he’s been a Raven for the past two seasons. If Campbell doesn’t receive an unearthly contract from a team, it should be ideal for him to return to a familiar, talented home in Baltimore. The Ravens may also be inching closer to obtaining a Lombardi trophy with Lamar Jackson. Campbell must be enticed by the combination of success and fit in Baltimore.

It’s very likely that the Bucs don’t have Ndamukong Suh and Jason Pierre-Paul moving forward. They could recruit a DL that can help their front seven by being a wrecking ball from the interior and from the edge (aka Campbell). The 6’8 FA DL is also 35 years old, so he clearly wants to win a Super Bowl in the near future. Tom Brady should really recruit Campbell to help his team’s chances against foes like New Orleans in 2022.

It’s a party in Miami, so Campbell may want to head to the beach and play with the Miami Dolphins “dream team”. The Dolphins signed Terron Armstead and then acquired Tyreek Hill recently. Mike McDaniel should really stay aggressive and creative this offseason by signing one or two big-name players. Campbell is also versatile, which would make him a fine fit for the Dolphins diverse defense.

I don’t imagine that Campbell is exactly looking to break the bank at this stage in his career. He really wants a Super Bowl ring in my opinion. The LA Rams have been rumored to sign Jadeveon Clowney. It could be hard for LA to pay Clowney after inking Bobby Wagner. Nonetheless, they could sign another quality DL that is a bit cheaper in free agency. After all, McVay loves to sign pass rushers (Of course, Clay Matthews, Suh, Dante Fowler Jr, and Von Miller previously signed with LA). Campbell could be very fascinated by the idea of playing next to Aaron Donald.