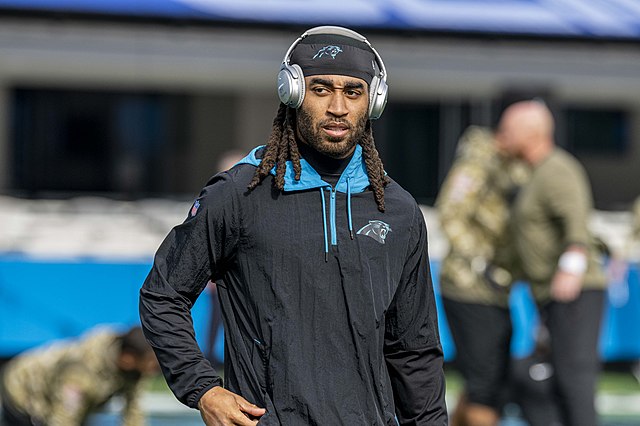 What does Gilmore bring to the Colts?

The star cornerback Stephon Gilmore surprisingly signed with the Indianapolis Colts. The Gilmore signing with the Colts clearly means two things: The Colts are a serious dark horse Super Bowl contender and Sean McVay isn’t living in a Madden-like world. On the outlook, Gilmore is 31 years old and he’s looking to be a key factor in helping his new team win a Super Bowl before he’s washed up.

The 2022 Colts might not be better than the 2016 Atlanta Falcons squad, contrary to Pat McAfee’s recent take on the Gilmore featured Colts. Nonetheless, McAfee should be thrilled and the Colts are truly a popular AFC squad right now.

It’s clear that the Colts will have a positive addition in Gilmore. Well, what exactly is Jim Irsay’s team receiving in the former Patriot Super Bowl champion?

Well, Gilmore was a major factor in the Panthers exhibiting the fourth-ranked pass defense in 2021. Pro Football Focus graded Gilmore as the 14th best CB last season and he was supposed to be highly coveted by CAR. Yet, the “good” quarterback Sam Darnold and his squad couldn’t retain Gilmore or Haason Reddick.

I sincerely believe the late FA signee and introverted Gilmore can absolutely be a Top 10 CB with a Colts team that’s more talented than Matt Alcatraz Rhule island. The Colts don’t only have Deforest Buckner, but they also have Yannick Ngakouye (10 sacks in 2021) on their DL. Furthermore, they have Darius Leonard (PFF’s top-run defender in 2021) in their defense.

Gilmore was an absolute menace and the Defensive Player of the Year on a talented all-around Pats defense in 2019. The Colts CB certainly won’t be a DPOY candidate, but he will be uplifted into a quality contributor. The Colts should really get every penny out of the $23 million dollar man in the next two years.