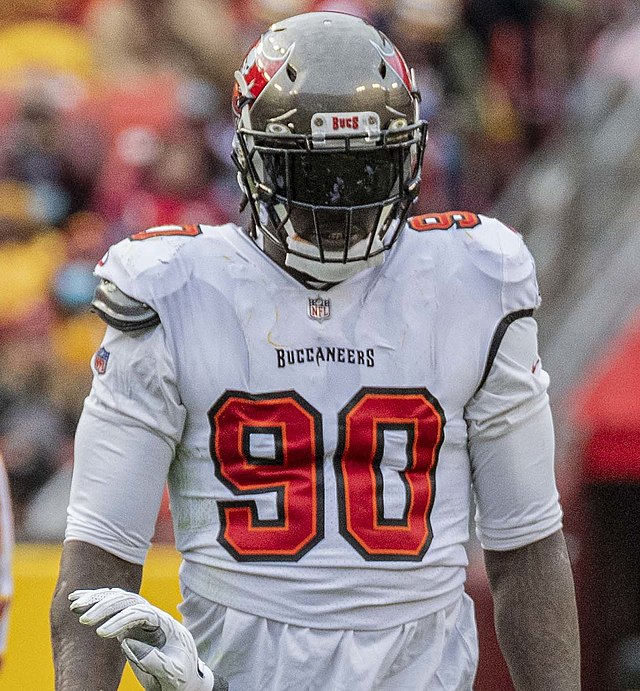 Will the Buccaneers bring back Suh or JPP?

The Tampa Bay Buccaneers brought back Chris Godwin, Leonard Fournette, and they witnessed a resurrection from Tom Brady. After the NFL draft has eclipsed, it seems that the Bucs will remain aggressive in the potential last ride of Tom Brady’s career. There are a familiar few faces that Tampa could ink at this point in this point time. With that enunciated, I’m going to untwine if the Buccaneers should reunite with a few 2021 Buccaneers players.

It doesn’t look like Ndamukong Suh will return to the Buccaneers. According to numerous sources (the Athletic, Spun), Suh is unlikely to return to the Buccaneers. Suh was still a lethal player in 2021 (6 sacks in 2021), but the Bucs still have Vita Vea and William Gholston in the middle of their defensive line. Unfortunately, the return of Todd Bowles and TB12 doesn’t seem like enough firepower to retain Suh.

Jason Pierre-Paul was a big help in many moments of their recent Super Bowl-winning season, but I don’t expect TB to have a sense of urgency to bring back JPP (2.5 sacks in 12 games last season). The rise of the 2021 first-round draft pick Joe Tryon and Shaq Barrett’s presence should eliminate any bark about a dire need to re-sign JPP. The Dallas Cowboys have been linked to the former NFC East pass rusher.

Rob Gronkowski, also known as Brady’s best friend, is still unsure about his future in the NFL. I really don’t forsee Gronk returning for another season. Gronk might be a football god, but it may be hard for him to return if his heart is not fixed on playing football in May. Although, if he does not hit the ground running this summer, he could return to the Bucs roster in a potential/likely playoff appearance next season. Marshawn Lynch returned to the familiar Seahawks in their playoff trip during the 2019-2020 season.