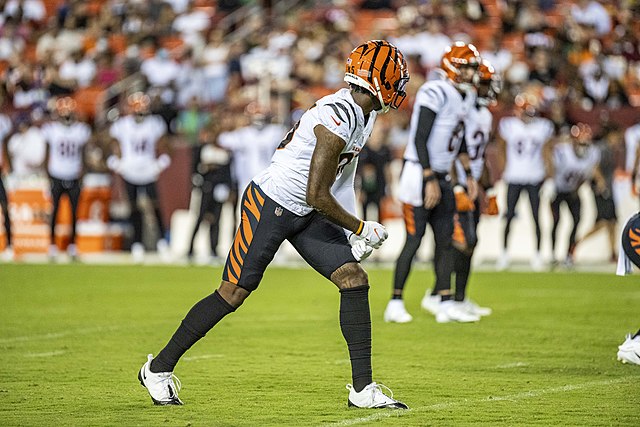 The Cincinnati Bengals made the right draft picks in the 2022 Draft and they will look to return to the big dance next season. After the NFL schedules have been released, it appears that Cincy will have the most challenging AFC schedule and third most difficult schedule in the NFL (behind the Rams and Cardinals).

To kick things off, the Bengals will play the divisional foe Steelers in Gotham Cincinnati. The football gods gifted the reigning AFC Champions another challenge at the New Orleans Saints in Week 3. The Bengals will also battle the Bills and Chiefs next season, but they will showcase a home visit against BUF and KC. Thankfully, Joe Burrow isn’t scared of adversity and he will rally his team to start strong against PIT and successfully climb their 2022 mountain.

The Bengals hype train is still strong and they should feel confident about their team’s outlook during this second week of May. The 2021 breakout WR Tee Higgins is expected to be cleared for training camp, as his sling is already off. Higgins has 1,999 yards in his two-season career and he is a true sleeper in fantasy football.

Interestingly, Higgins and Ja’Marr Chase have come together to star in a new Nike commercial. The two young wideouts are clearly enjoying the fame of their early career success.

It’s well-noted that the Bengals will hold the hand of the devil in 2022, but I believe they will still have easier AFC North competition next season. The Ravens erased Hollywood Brown and the Steelers will likely have the Mitchell Trubisky show. The Bengals went 4-0 against the Ravens and Steelers last season and it doesn’t appear the Bengals should lose confidence heading into four of the six divisional contests next season.