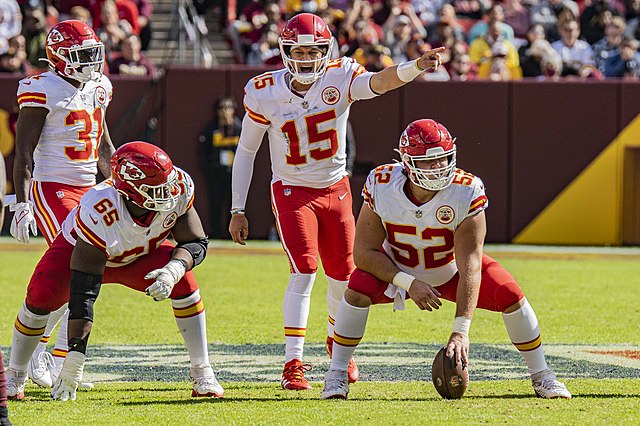 The Kansas City Chiefs may not need Alex Honnold to climb their mountain in 2022, but they surely need Patrick Mahomes to play lights out in their fifth-most challenging schedule next season. The Chiefs will play the Tampa Bay Buccaneers in Week 4. Outside of the Super Bowl LV re-match, the Chiefs will also face the Buffalo Bills in Week 6, per 670 The Score’s Danny Parkins.

Of course, the Chiefs will also face an improved AFC West division. Profiles like Russell Wilson, Khalil Mack, Chandler Jones, J.C. Jackson, were all introduced to the wild AFC west. The Chiefs went 5-1 in their division last season, but it will be quite difficult for the Chiefs to win 5 or 6 games next season.

The Chiefs witnessed their ex-star safety Tyrann Mathieu sign with the Saints and announce that the Chiefs didn’t make an offer to him, as well. Although, they were able to sign the talented, 25-year-old Justin Reid early in the free agency frenzy. Among the current free agents, it would make sense if they target a pass rusher. They drafted DE George Karlaftis 30th overall in the 2022 draft, but it would be wise for them to bring in a stout veteran DE. Arrowhead Addict pointed out that Melvin Ingram should be more expensive for the Chiefs after Jerry Hughes signed with the Houston Texans. If they miss out on a reunion with Ingram, there are many other quality FA pass-rushing options.

Here is a closer look at the FA pass rushers available (excluding Ingram):

The Chiefs may sign another proven FA, but it will definitely be exciting for fellow Chiefs fans to witness new Chiefs players like Ronald Jones, Josh Gordan, and JuJu Smith-Schuster grow with Patrick Mahomes this off-season. Odds Checker also gave the Chiefs the third-best odds to win the Super Bowl after the draft. The Tyreek Hill-less Chiefs are still built like a tank and they are absolutely prepared for the frigid season ahead.