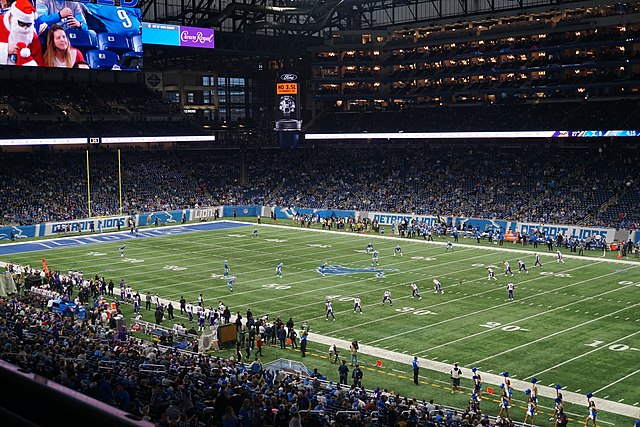 The Detroit Lions have been hungry and playing with a ton of energy in OTAs thus far. The hopeful fan base in Detroit should feel delighted knowing that their beloved second overall pick Aidan Hutchinson has been standing out in OTAs as of late. Per Detroit Free Press, Hutch and the rest of the Lions top hunters in their DL have been impressive. Interestingly, Chris Burke (who covers the Lions for The Athletic) has mentioned that the Lions top draft pick has also lined up at the DT spot.

It’s amazing that the Aidan Hutchinson-led pass rush has been booming in 2022 because they didn’t have an ounce of pass rush talent last season (30th in sacks). It also wouldn’t be a surprise if DET targeted Everson Griffen, Justin Houston, or Carlos Dunlap this summer.

The other Lions first-round pick Jameson Williams has been easy to spot out, as well. Per Michigan Live, Campbell stated, “We put him out there on the grass and that’s his domain. He’s very much engaged. You ask questions. He’s got the script. He’s on it. In meetings, he’s very much engaged. He asks good questions”.

Williams and D’Andre Swift (four missed games last season), who also has hit the ground running in camp, will be important weapons for Jared Goff. The Lions may not have a turnaround in a way that Cincy transitioned from 2020 to 2021, but they can significantly improve their offensive firepower and ability to harass A-Rod in 2022.