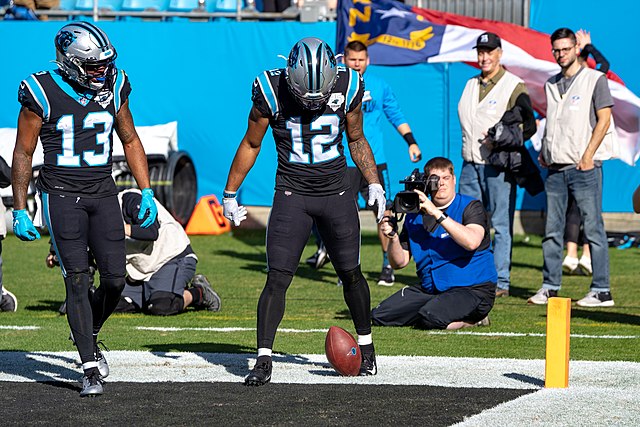 What will be the Panthers record in 2022?

The Carolina Panthers could have growing pains at quarterback, but they could also witness a magical return from Christian McCaffrey in 2022. With that enunciated, I’m going to untwine the success, hiccups, and overall record with the Panthers in 2022-2023.

Week 1: vs the Browns

I don’t love the Panthers chances against Cleveland (with or without Baker) in Week 1. I expect the Browns to have a strong 35-21 victory against the Panthers.

Week 2: at the Giants

I really feel the Panthers are a step behind the Giants (as I love the Giants pass rush) and I predict the Giants to win 21-17.

Week 3: vs the Saints

I believe CMAC will give the likely Alvin Kamara-less Saints issues, but I don’t believe the Panthers (ascending) pass defense can have enough physicality to slow down a healthy Michael Thomas, Jarvis Landry, and Chris Olave. I believe the Saints win a close, divisional game 24-21.

Week 4: vs the Cardinals

The Panthers desperately need a victory in Week 4, but I still believe AZ could make the playoffs with a Hopkins suspension and they will pick up a 28-17 victory against CAR.

Regardless of the 49ers QB1, I love the 49ers with Deebo Samuel, George Kittle, and Nick Bosa. Although, I believe the Panthers should be able to attack the 49ers secondary. I still expect the 49ers to win 28-24.

The Panthers will not upset the LA Rams and I expect the Rams to have a monster 35-14 victory.

Week 7: vs the Buccaneers

I’m sure that Matt Rhule wasn’t happy to hear that Tom Brady returned to the NFL, to say the least. I expect the Panthers to struggle to run the football and keep pace with TB12. I believe the Bucs win 28-14.

Week 8: at the Falcons

If the Panthers start 0-7, Rhule may be out the door at this point in the season. With that said, I actually expect the Panthers (with or without new energy at HC) and McCaffrey to have success against the Falcons. I believe the Panthers win 28-21.

Week 9: at the Bengals

The Panthers will have a difficult time keeping pace with Cincy and I foresee the Bengals keeping the gas on the pedal in a 35-21 victory.

I know Kyle Pitts is capable of being a future All-Pro and I honestly believe ATL can bounce back with a close 24-21 victory against their despised opponent.

The Panthers will have more struggles in their season against Lamar Jackson, as the Ravens notch a 35-21 victory.

The very well-rounded Broncos may give up a few big plays to the Panthers offense, but I definitely expect the Broncos to win 28-14.

Week 14: at the Seahawks

The Panthers should feel confident against the dreadful Seahawks roster outside of Geno Smith at QB. I know the Seahawks have a couple of unique profiles (Metcalf, Adams), but I still like the Panthers winning 24-17.

Week 15: vs the Steelers

The Panthers could upset the Steelers, but I like the T.J. Watt-led Steelers to pick up a close, 21-14 victory.

I like how the Panthers match up to the Lions roster and I believe McCaffrey can lead his team to a 28-21 victory.

Week 17: at the Buccaneers

I don’t expect the Bucs to let down their guard at this point in the season and the Brady bunch should have an impressive 42-17 victory.

I imagine the new-look Saints to only improve their chemistry in 2022 and the Saints should pick up an amazing 35-14 home victory.